This will be my very first Tour. I started spinning last July while the Tour de Fleece was in full form, but I chose not to participate because the Tour was already underway and I was so new to spinning that I didn’t want the pressure of setting any goals whatsoever. But now that I have a full year of spinning, both on drop spindles and on a wheel, under my belt, I’m ready for the challenge that is the Tour de Fleece. So I joined three different teams, cleaned my wheel, ordered some more bobbins and pulleys for my Ladybug, ordered a new spinning wheel (more on that when the wheel arrives), got out the spindle I plan to use for one of my challenges, and got my fiber in order. I’m as ready as ready can be.

But before the Tour begins on Saturday, I need to finish my current spinning project. I am spinning this lovely mixed BFL braid that I bought from Woolgatherings. 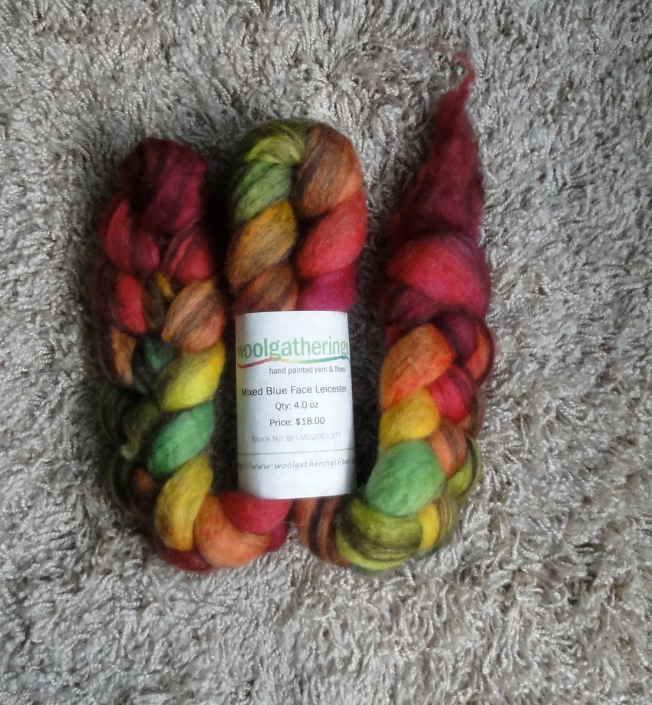 I wanted to make a 4-ply with this, and I also wanted to try to keep the colors separate in some sections of the yarn, while letting them mix in others. So the first thing I did was divide the top in half across the width. Then I took the first half and divided it into fourths lengthwise. I rolled each length up and put each one in a bag I had labeled 1A, 2A, 3A, and 4 A. Then I repeated with the second half of the braid, labeling the bags 1 B, 2 B, 3 B, and 4 B. This helped me to keep the colors in the correct order. I spun 1A and 1B onto the first bobbin, 2A and 2B, onto the second bobbin, etc. 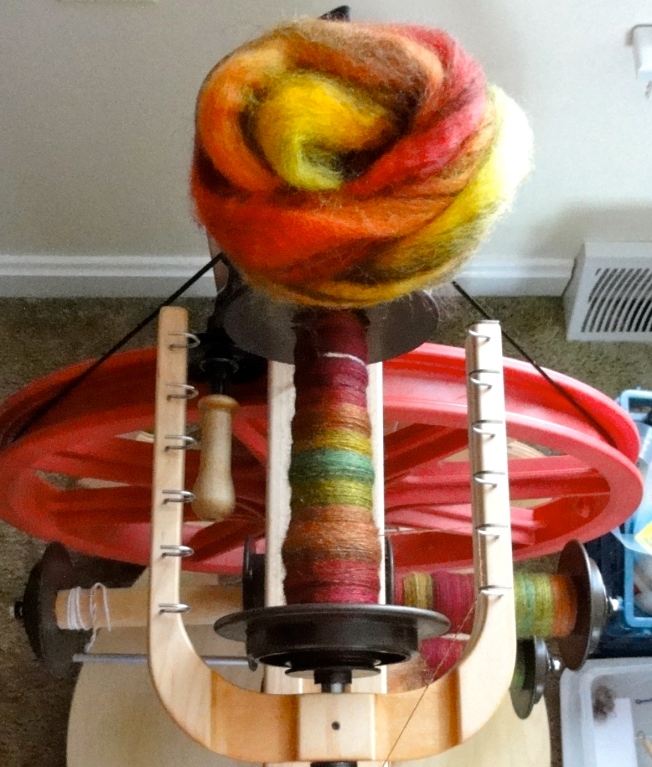 Mixed BFL on the wheel

The spinning is done and the bobbins are resting in preparation for being plied.

The plying should be finished tomorrow, freeing up four bobbins for the start of the Tour de Fleece. I can hardly wait!